The Last Descent “A His and Hers Review”

Thursday night, my husband and I were invited to attend the screening of a new movie coming out September 16th called "The Last Descent."  The movie is based on a true story about the Nutty Putty Cave in Utah.  I had never heard of that place and I had no idea what the story was going to be about.  I clicked on the trailer below and it grabbed my attention from the beginning.  I was excited to watch the movie and thought my husband would enjoy it, too.  I have definitely dragged him to many chick flick movies over the years so I figured he would appreciate a more action-packed film.  Let me just say, I was unprepared for how this film would blow me away! Here's a bit about the movie:

"When John Edward Jones climbed down into Nutty Putty Cave in November of 2009 he wasn’t prepared for the adventure ahead of him. As he explored a lesser-known area of the cave, he slid down into a narrow impasse 10 inches high and 18 inches wide. Stuck upside down for over 28 hours, John was left with few options but to call for help. The unique topography and geological makeup of Nutty Putty cave created intense difficulties for the rescue team that risked everything to save John’s life. Over 150 feet below the surface and the end of over a thousand feet of tunnels, a unique friendship is formed as John and his rescuers share their lives, loves, losses and dreams. As the rescue attempt proceeds John unfolds the turns in his life that show what is most important, and he tells the story of a love worth risking everything for."

I am pretty much afraid of small spaces and at the beginning of the movie, I have to admit that I closed my eyes a few times while John and his brother were crawling through the tight places within the cave. The writing and acting was top notch.  With all the violent, profane and sexually explicit movies in the theaters now, it was such a blessing to be able to watch a well written, heart-felt and inspiring movie, although it was a very tragic story.

During the movie, if I remember right, John said, "What good is life, if you are waiting to die."  That phrase stuck out to me.  No matter what has happened or what our current situation is, we must press forward with hope and eyes looking towards the future.  We never know how much time we have or who we might touch by being here today.

After we watched the movie, Chadwick Hopson answered questions about the movie, touching on his experience portraying such a dramatic role and what led him to acting.  He was gracious with his answers and it was interesting to hear some of the back stories to the filming of this great movie like the first time he filmed inside the man-made caves for some of the scenes.  Here's a snapshot of the two of us. On our way home from the theater, my husband and I were reflecting on what we saw and how tragic the story was, but there was an underlining "hope" and glimpse into the future.  I think the main thing that I took away from this story was the power of faith, hope and love.  Although we all do and will pass through trials and challenges, we can hope for a better tomorrow, even if we have to sometimes carry on alone.

When we arrived home, I started to google the actual event and what happened.  My heart, of course, turned to his wife who was left behind and I began to wonder how she must be doing after 7 years apart from John.  I found this great article that shined a bit of light on this tragic story.  Read about how she is doing when this article was written in 2014 here.

Here is a short review from my husband.  He said, "This is a story that needed to be told.  It takes you on a personal journey that asks you to think about your personal relationships with your loved ones and what you must do to make them better.  This story portrays how love brings you closer to your family in an amazing way that needs to be experienced in your heart,  mind and soul! It inspires me on a daily basis to be a better husband, father, son and friend."

Without giving too much of the movie away, let me just say that you must see it! Be prepared to laugh, cry, cringe, close your eyes and have your stomach tied into knots, but it is so worth it!  "The Last Descent" is opening this weekend in select cities in the United States.  You can check for show times and dates here and don't forget to bring some tissues!

Stop by after the movie and print out the journal page below.  It says "Just as 'John unfolds the turns in his life that show what is most important, and he tells the story of a love worth risking everything for… WHAT IS MOST IMPORTANT IN YOUR LIFE and WHAT WOULD YOU SHARE WITH THOSE YOU LOVE IF YOU JUST HAD ONE PAGE TO RECORD IT ON?'"  Ponder what is important to you and leave a part of your history with your loved ones.  We never know what tomorrow will bring. I would also love to have you leave your comments about what you thought of the film.  I can't wait to chat more about this fantastic film once you have seen it so I don't spoil it for you!

← Prev: 5 Ideas to Study the Scriptures as a Family → 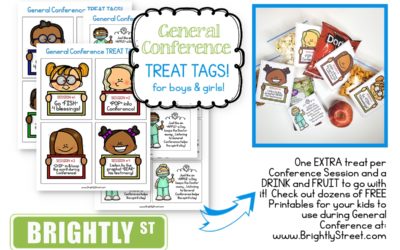 Hours Of General Conference Can Be Difficult For The Little Ones… We Have The Answer & It’s FREE!

What does General Conference look like in your home? It doesn't seem to matter how much planning and preparation is... 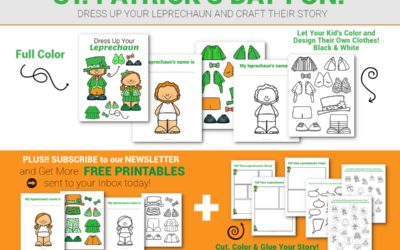 Happy St. Patrick's Day With everyone out of school and probably crawling the walls at this point, it is time to get... 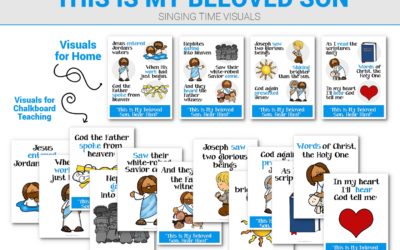 This Is My Beloved Son Singing Time Visuals

One of my favorite songs for Primary is "This is My Beloved Son."  I love the power of that simple phrase and how it...