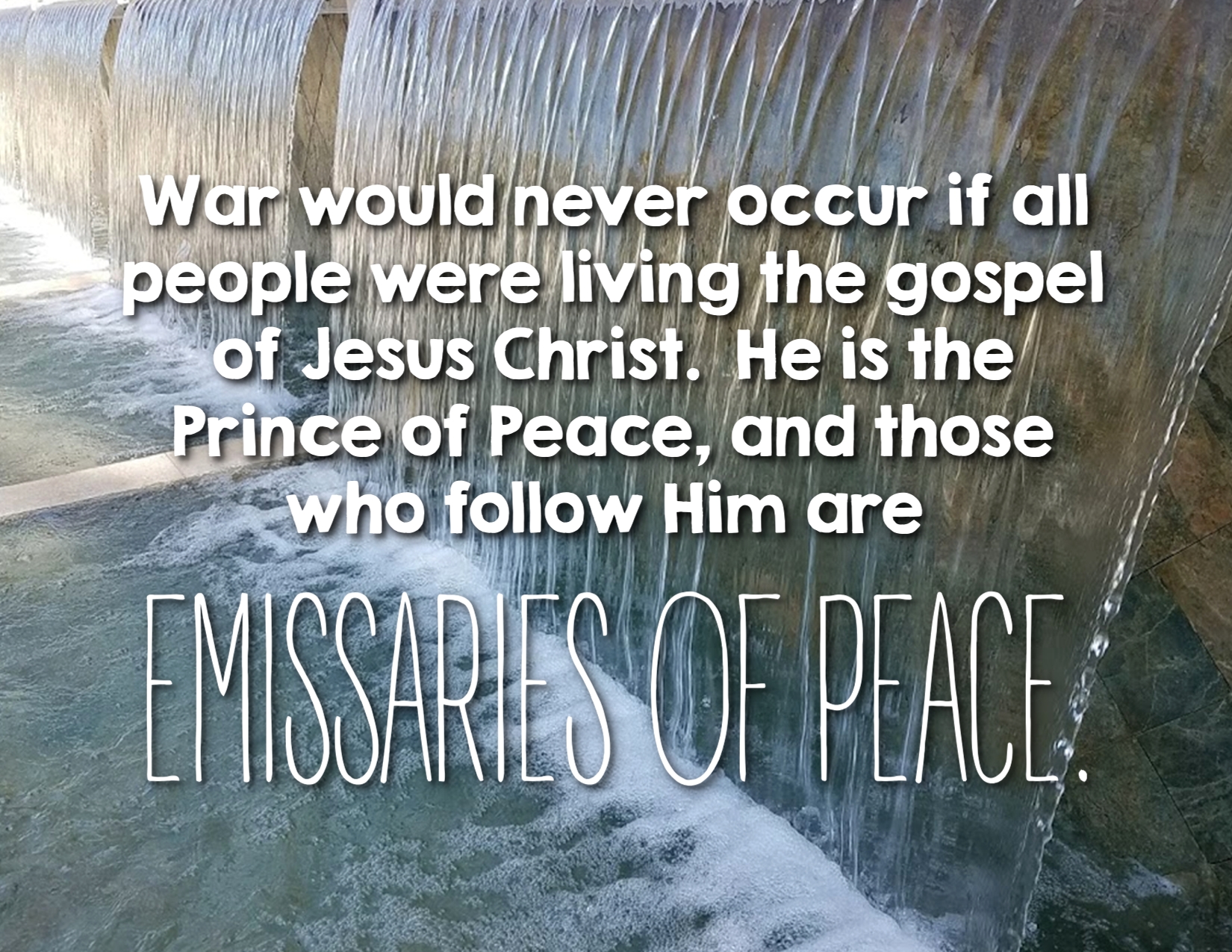 Recently a war of words has turned into violence as a group of people decided that they are superior to another group based on the color of their skin.  Throughout history we have witnessed people puffed up with pride.  They have taken a superior role over anyone that is not the same as they are.  We have witnessed the results of pride and hatred that have changed the hearts of people when they forget one of the greatest commandments of God which is to first “love God” and second to “love thy neighbor.”  God didn’t say only to love those that you like or that you might share political, religious or ethnic backgrounds.  For us, we are commanded to “love all men.”

When we become passed feeling and prideful, we loose our ability to love others and then we become a puppet in the adversaries hands.  We have evidence of wicked men who have caused tremendous destruction and evil that can not be overstated.  The choices of these ruthless leaders have destroyed the lives of millions.  Years later the aftermath of their deeds are still felt strongly by anyone that values human life and liberty.

There is also a group of people that lived long ago who warred for generations.  One group was known as the Nephites.  For the most part, the majority of the Nephite people stayed true to the cause of liberty as they put their trust in God.  Their brothers on the other hand, always wanted to conquer and rule over them.  As I was reading about their wars and struggles, I came across a quote by Hugh Nibley that rings true to my soul.  He said after referring to all the evil and constant attacks of the Lamanites that “they were not the Nephite problem.  They were merely kept there to remind the Nephites of their real problem, which was to walk uprightly before the Lord.”

Just like the Nephites, our problem isn’t those that are filled with hate, but it is remembering under whose watchful eye we are under.  All Americans stand for the pledge of allegiance that states “one nation under God.”  If you don’t choose to repeat this inspired allegiance, you most definitely carry money in your pocket that states in “God we trust.”

How is it that we have become a generation of forgotten identity?  Does our money not, at least, give us a constant reminder of in whom we should trust?  Our problem is not the hatred and terror of other’s evil deeds, but what builds up within our own hearts.  Are we filled with love or hatred towards people that might be different than us?  We must but our trust back into God’s hand and work out our own problems within.

As we change our hearts, we still need to fight for liberty and peace.  Sometimes that is in raising arms to protect our freedoms and the lives of others.  We must stand as did one Nephite leader named Moroni when he raised the “title of liberty” like a banner that read “in memory of our God, our religion, and freedom, and our peace, our wives, and our children.”  This was what they were fighting for when others tried to overthrow them and destroy their people.

Today, we have a choice to look within and see what fortifications we can strengthen within our own hearts so that we can then become emissaries of peace.  Yet, when the time comes to fight for freedom and protection of my family and neighbors, I will be at the front of the line in defense of all that I hold dear.

May we start from within to change our own hearts and then work on creating peace within the walls of our own homes and continue our influence for good throughout the world.