My Dearest Enemy by Jennifer Moore

About “My Dearest Enemy”

Struggling alone on the family farm, Abigail Tidwell knows exactly who is to blame for her hardships: the Americans. If it weren’t for their part in the war, her father and brothers would be home rather than fighting abroad. But no amount of antipathy could have prepared her for the shocking sight of a wounded American soldier on her property, a man in dire need of her help. Grudgingly, Abigail tends to the soldier’s injuries and anticipates the satisfaction of turning him over to the authorities once he is healed. But fate has other plans.

Captain Emmett Prescott remembers little of the ambush on his men by a group of Shawnee Indians and even less about how he arrived in the unfamiliar barn. After being nursed back to health by beautiful, if reluctant, Abigail, Emmett would do anything to save the men he left behind—including forcibly enlisting Abigail’s help. Soon, Abigail finds herself caught between two countries at war. And as her attraction for Emmett grows, her conflicted heart engages in its own silent battle. But when she is accused of treason for her actions, her survival rests in the hands of the very man she once considered her enemy.

Jennifer Moore is a passionate reader and writer of all things romance due to the need to balance the rest of her world that includes a perpetually traveling husband and four active sons, who create heaps of laundry that is anything but romantic. Jennifer has a B.A. in Linguistics from the University of Utah and is a Guitar Hero champion. She lives in northern Utah with her family, but most of the time wishes she was aboard a British frigate during the age of sail.

Jennifer Moore is one of my favorite authors.  She always writes a page turner!  This one was no different.  The story starts in Canada during the war. Trials await both Abigail and Captain Emmett as hardships continue to push them together.  The characters, both male and female, were strong and easy to follow as they began an adventure to survive and stay true to their values and country.  I really enjoyed this novel and I highly recommend it!  Looking for other great books by this author?  Here are just a few that I love too by Jennifer Moore:  Becoming Lady Lockwood, Miss Burton Unmasks a Prince and Lady Emma’s Campaign.

Hear What Others Have To Say 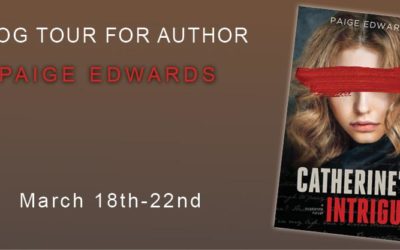 About “Santuary” Kristi Hartinger has come to terms with her life as a single, thirty-something woman. She was in love...