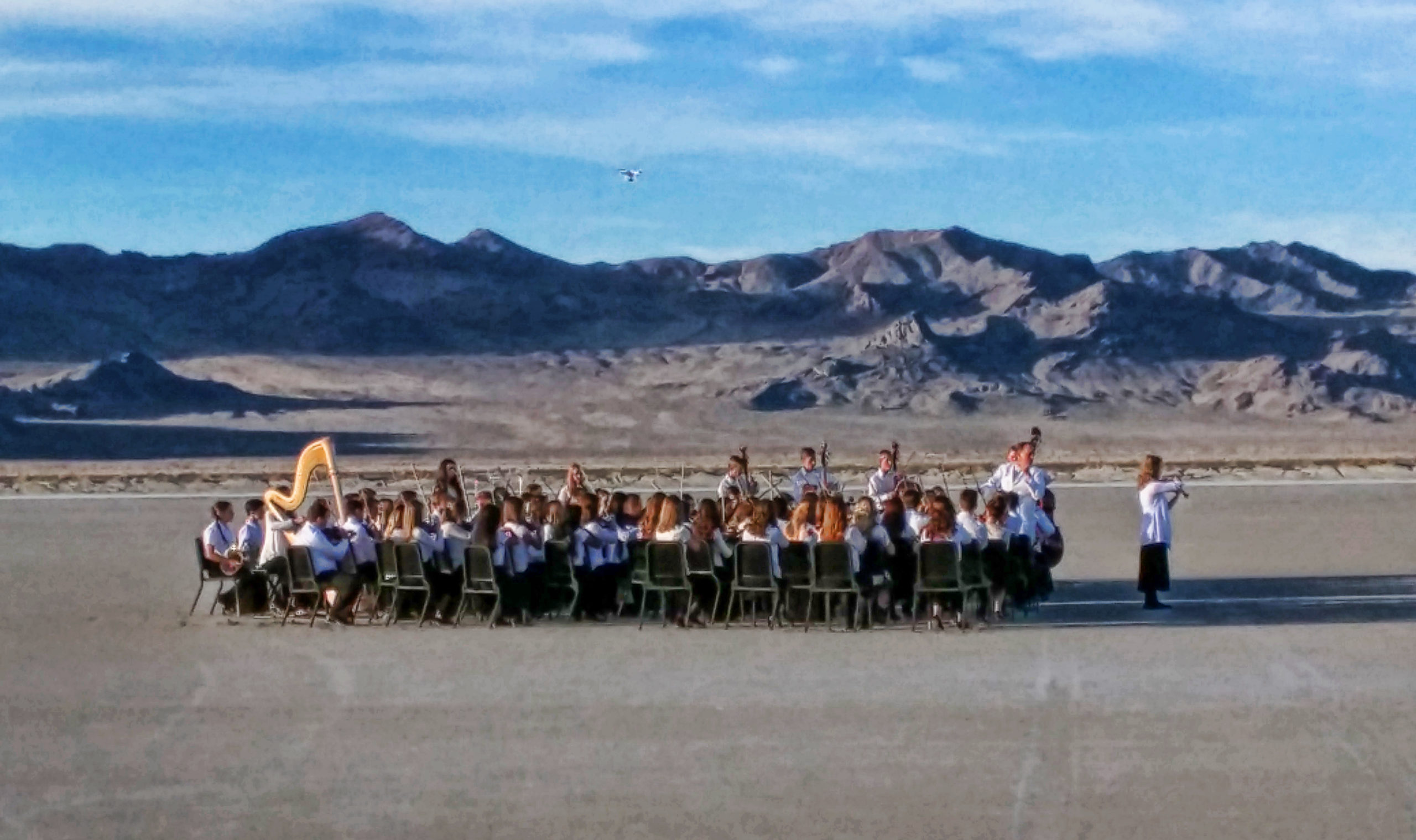 When preparing to perform Marshall McDonald’s lush arrangement of If You Could Hie to Kolob at the Tabernacle on Temple Square this past Fall, Joseph Henderson a student musician in the American Heritage Lyceum Philharmonic approached director Kayson Brown and said, “I’m really grateful that we are playing this arrangement on this concert. I just played the cello and piano version at my father’s funeral last month.” Director Kayson Brown later replied, “My heart sank for this particular young man who drove more than 2 hours in each direction to attend our weekly rehearsals. I had met his father many times as they made the weekly seven-hour trip to be a part of our music program. His father was one of the most supportive, engaged parents I have encountered. He would do anything to help Joseph!

The weekly 7-hour trips for orchestra, remarkable family sacrifices to get Joseph a new cello and tuba, and so much more were all done lovingly by a dedicated and involved father. I knew he had passed away suddenly from cancer over the summer, but when I heard that Joseph had played this same song at his father’s funeral, I was unprepared for the emotional wave of empathy I felt for this amazing seventeen year old young man.” Brown continues, “I thought of how this music seemed to thin the veil between the living and those who have passed on. How music, like prayer, has the power to communicate the inexpressible. How it connects us to those we cannot see but still feel.”

Joseph’s experience inspired the concept behind the story that unfolds in the video. The one-hundred-piece orchestra filmed the music video at the iconic Bonneville Salt Flats. Fellow Lyceum musician Molly McMurtrey portrays a student who lost a loved one. Through prayer and the healing power of music she receives comfort and hope.

The American Heritage Lyceum Philharmonic, led by Kayson Brown, has been featured on PBS, has recorded for SONY Masterworks, has performed on some of the largest, most exclusive stages in the world, released multiple No. 1 iTunes singles with both The Piano Guys and Paul Cardall, received numerous awards, and has entertained and inspired millions worldwide on YouTube. In all endeavors, this high school aged student ensemble strives to inspire audiences and champion a message of faith, patriotism, and a life-long love of learning.

These accomplished young musicians come from more than 30 schools across the state of Utah to participate in the after-school Lyceum Orchestras Program at American Heritage School in American Fork, Utah. They are part of a comprehensive program consisting of five audition-only orchestras that inspire and mentor students ages 5 to 18 along their path to realizing their own musical potential.

The Lyceum Philharmonic has released three nationally-distributed albums that focus on faith, patriotism, and masterworks of the classical repertory. They have collaborated with some of the music industry’s leading professionals, including platinum-selling artists Jackie Evancho and David Archuleta, Billboard-topping artists The 5 Browns, The Piano Guys, Paul Cardall, and Jenny Oaks Baker, as well as GRAMMY-Award winners Mark Wood of the Trans-Siberian Orchestra, Igor & Vesna Gruppman of the Rotterdam Philharmonic, and Country Music legend Michael Martin Murphey.

Steven Sharp Nelson of The Piano Guys said, “The Lyceum Orchestras Program is an incomparable combination of everything that music is meant to be — joy, refinement, belonging, and fun. It offers kids the kind of opportunities that make music exciting and cool. It provides an environment that isn’t blindly affixed upon purposeless perfection, but rather a more selfless pursuit of excellence. My favorite part of Lyceum is its inherent spirituality. There is a special feeling suggesting a profound development not only of the body and mind, but of the soul.”